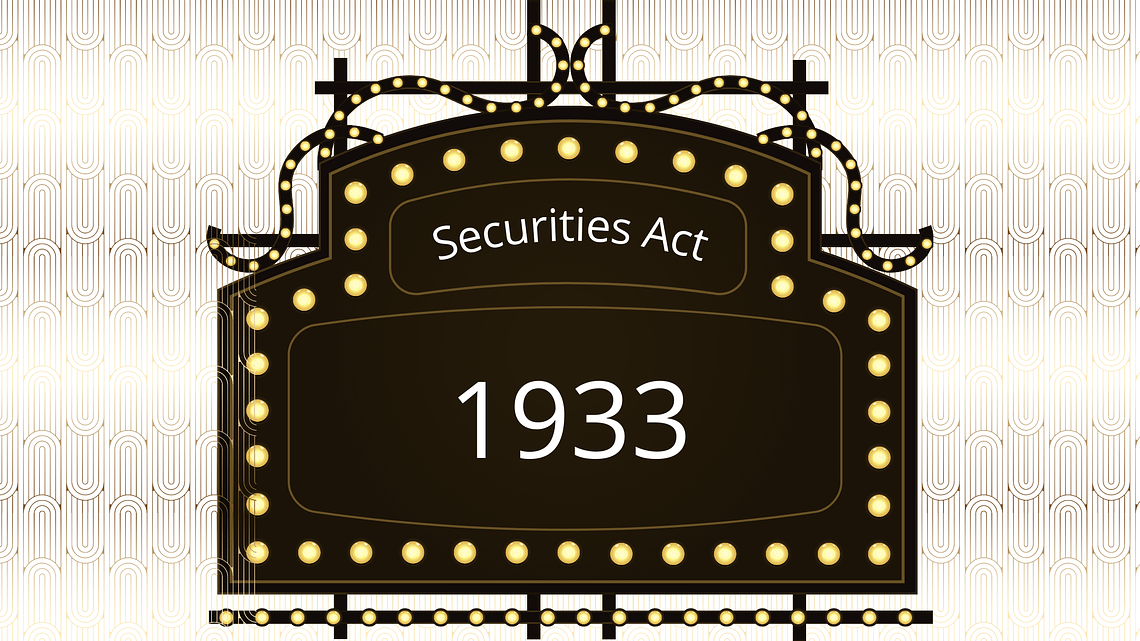 The Securities Act of 1933 was drafted by Commissioner Huston Thompson of the Federal Trade Commission (FTC), this was the first securities bill presented to Congress. It proposed “merit regulation” of the securities being submitted for public purchase.

Called to bring in the government to determine the reliability of the securities that were being sold. Of the many bills presented to Congress, this bill was received better by members of Congress. However, many still did not want any sort of government’s intervention, but wanted the private investors be the ultimate arbiters of the investments. To create the final document that would be accepted by Congress, the current president, President Roosevelt, asked Felix Frankfurter, alongside James Landis, Thomas Corcoran, and Benjamin Cohen, to make a “disclosure” statute.

This draftsman kept the same structure that Thompson had drafted, but added their disclosure scheme, which was developed modeled after the English Companies Act of 1929 and certain state securities regulation statutes.

They added significant liability for the participants in the securities offerings. Those liabilities would lead to the implementation of the Securities Act of 1933. This was the first step to the federal regulation of securities.

It covered many topics from the requirement of filing a registration statement with the Securities and Exchange Commission prior to the transaction of securities with the investor, to creating a detailed and intricate liability scheme for misinformation that is given to the investor during any part of the transaction.

If you are attempting to understand The Securities and Exchange Commission and/or wanting to take your company to the public market through an Initial Public Offering. Contact The Bradshaw Law Group today for a free consultation: https://bradshawlawgroup.com/location/contact/