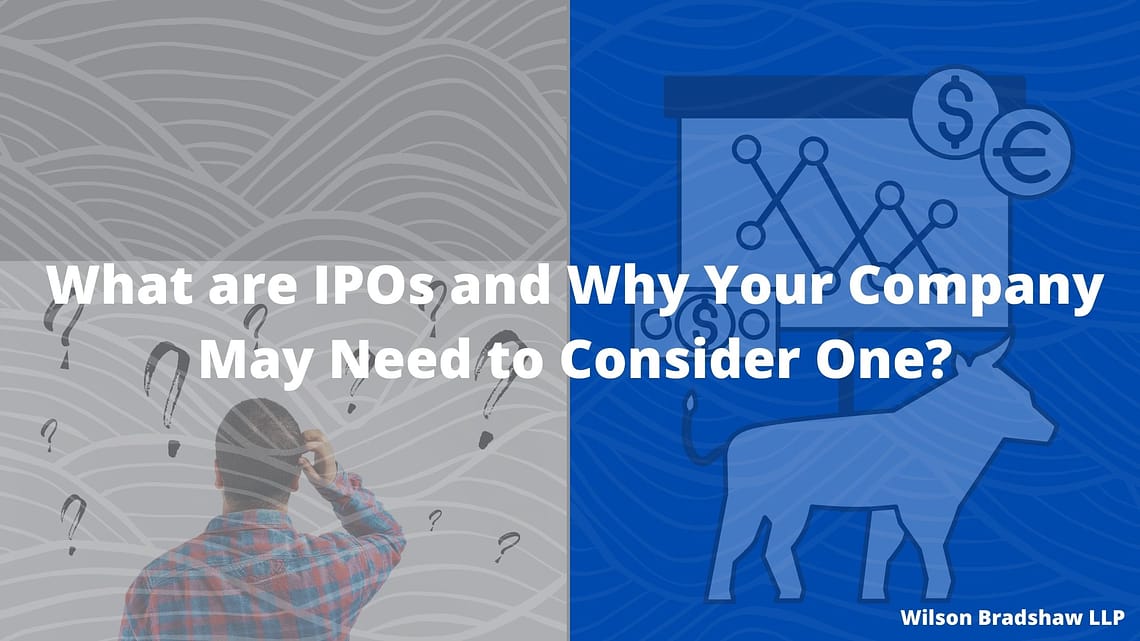 What are IPOs – IPO stands for Initial Public Offering. This signifies a private corporation going through a stock distributing process to offer shares to the public. The shift from private to public is pivotal for many corporations and can reveal the value of the company to private investors.

What has it done for others, and what can it do for me?

The first IPO in the United States originated with the Bank of North America around 1783 and even earlier for the world when the Dutch East India Company went public in the early 1600s. Since their early use, IPOs serve as the catalysts for growing business. Having been around for many centuries, the process of turning a private company public can bring about significant amounts of capital and notoriety.

Many recognizable companies have completely embraced the IPO to grow their company. Some examples include; Facebook, Visa Inc, Alibaba Group Holding Limited, and General Motors. In fact, the General Motors Company went public back in November of 2010, after emerging from a bankruptcy filing one year earlier. Yet despite their previous bankruptcy, the U.S.-based car manufacturer corporation raised $20.1 billion in its IPO.

Recently in 2020, the healthcare company One Medical opened its doors to the world of IPOs. With over 18 locations, the company provides healthcare through a membership-based primary care practice. The company has drastically changed its worth and accessibility to the public in just a year. The statistics speak volumes for the impact the IPO has made on One Medical stock.

Like the example with One Medical above, there are many advantages that an IPO can bring to your company. There are five main advantages that you should take into account when contemplating going public. Morgan Hunsaker of IPOhub.org summarizes it best in an article from 2017;

How Do I Go public?

These steps are just a brief overview of the process of transforming a corporation into a successful publicly-traded company. If you require capital or want to boost your company’s profile, consider looking into that initial public offering.