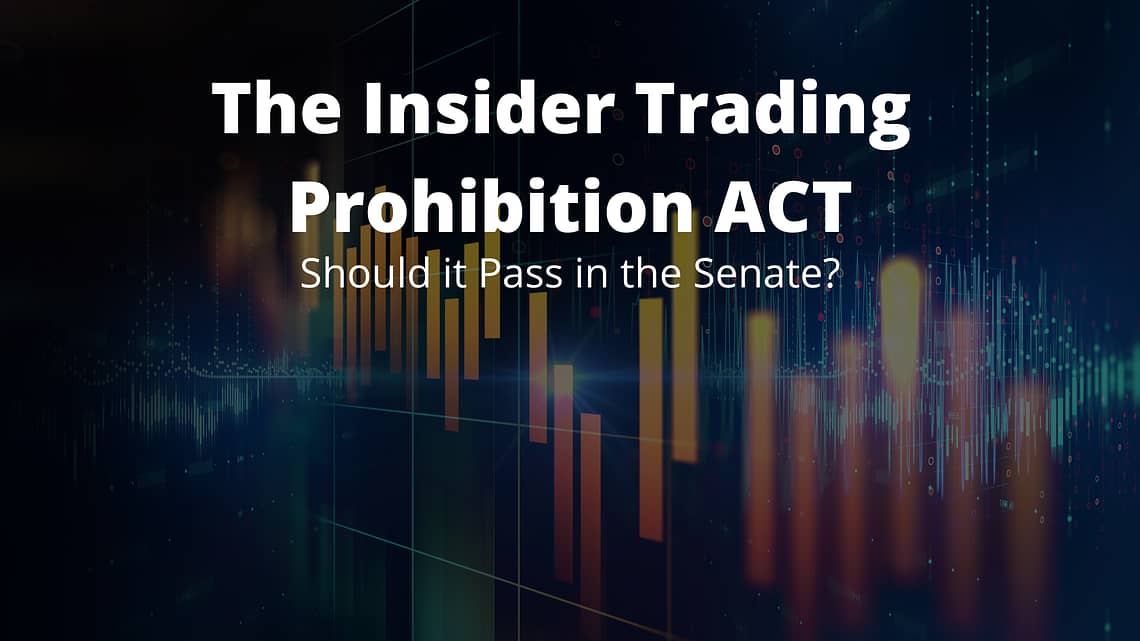 On December 5, 2019, the U. S. House of Representatives passed H. R. 2534, known as the Insider Trading Prohibition Act, with a bipartisan vote of 410 – 13.  It is intended to clarify the prohibitions against insider trading, which have developed from judicial case law, giving an interpretation to SEC Rule 10b-5.

Those advocating this codification of insider trading laws argue that the courts have focused on deception and breach of duty as the basis for SEC action and that the courts and regulators have been inconsistent in the interpretation and application of the Securities Exchange Act of 1934 and SEC Rule 10b-5.   This creates uncertainty for investors to determine whether their anticipated actions will be in violation of the law.

Those opposed to the proposed statute argue that it goes too far in identifying fraudulent activity.  For example, the bill forbids trading in security while in possession of material nonpublic information (MNPI).  However, the bill uses a “wrongfully obtained” standard for the source, rather than a “breach of duty” standard, as the courts have used.  In the bill, “wrongfully obtained” is defined to include MNPI obtained by:  (i) “theft, bribery, misrepresentation, or espionage (through electronic or other means),” (ii) “a violation of any Federal law protecting computer data or the intellectual property or privacy of computer users,” (iii) conversion, misappropriation, or unauthorized and deceptive taking of such information,” or (iv) “a breach of any fiduciary duty, a breach of a confidentiality agreement, a breach of contract, or a breach of any other personal or other relationship of trust and confidence.”

Another objection is that section 16A(c)(2) establishes liability if an individual was “aware, consciously avoided being aware, or recklessly disregarded that such information was wrongfully obtained or communicated.”  That will lower the standard for criminal liability under federal criminal laws from intent to reckless disregard.

While the SEC may find easier prosecutions with broader, well-defined standards, investors may shy away from actions that were previously accepted as legal, because of the risk of stepping over the legal line.  The attorneys at The Bradshaw Law Group are ready to give professional and profitable guidance to investors, whether or not the Insider Trading Prohibition Act becomes law.