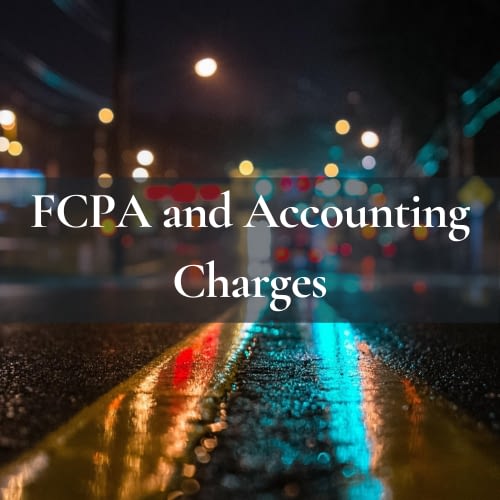 Washington D.C., Dec. 29, 2016 —The Securities and Exchange Commission today announced that Kentucky-based General Cable Corporation agreed to pay more than $75 million to resolve parallel SEC and U.S. Department of Justice investigations related to its violations of the Foreign Corrupt Practices Act (FCPA). The company agreed to pay an additional $6.5 million penalty to the SEC to settle separate accounting-related violations.

According to the SEC’s orders instituting settled administrative proceedings, General Cable’s overseas subsidiaries made improper payments to foreign government officials for a dozen years to obtain or retain business in Angola, Bangladesh, China, Egypt, Indonesia, and Thailand. General Cable’s weak internal controls also failed to detect improper inventory accounting at its Brazilian subsidiary, causing the company to materially misstate its financial statements from 2008 to the second quarter of 2012.

In the FCPA case, General Cable agreed to pay more than $55 million in disgorgement and interest to the SEC as well as a penalty of nearly $20.5 million in a non-prosecution agreement announced today by the Justice Department. General Cable must self-report its FCPA compliance efforts for the next three years. General Cable neither admitted nor denied the SEC’s findings while agreeing to pay the $6.5 million penalties to settle the accounting violations. The SEC considered General Cable’s self-reporting, cooperation, and remedial acts when determining the settlements.

The SEC’s investigation found no personal misconduct by General Cable’s former CEO Gregory B. Kenny and former CFO Brian J. Robinson, who returned $3.7 million and $2.1 million in compensation received from the company during the period when the accounting violations occurred. Therefore, it wasn’t necessary for the SEC to pursue a clawback action under Section 304(a) of the Sarbanes-Oxley Act.

The SEC’s investigation, which is continuing, is being conducted by Rachel Nonaka, Mark Oh, Colin Rand, Eric Hubbs, David Johnson, and Olivia Choe. The case is being supervised by Anita Bandy, Kristen Dieter, and Bridget Fitzpatrick. The SEC appreciates the assistance of the U.S. Department of Justice, Federal Bureau of Investigation, and Portuguese Securities Market Commission.

The Bradshaw Law Group is experienced in all securities issues and transactions, so you can rest assured that your PPM will be handled professionally and accurately.