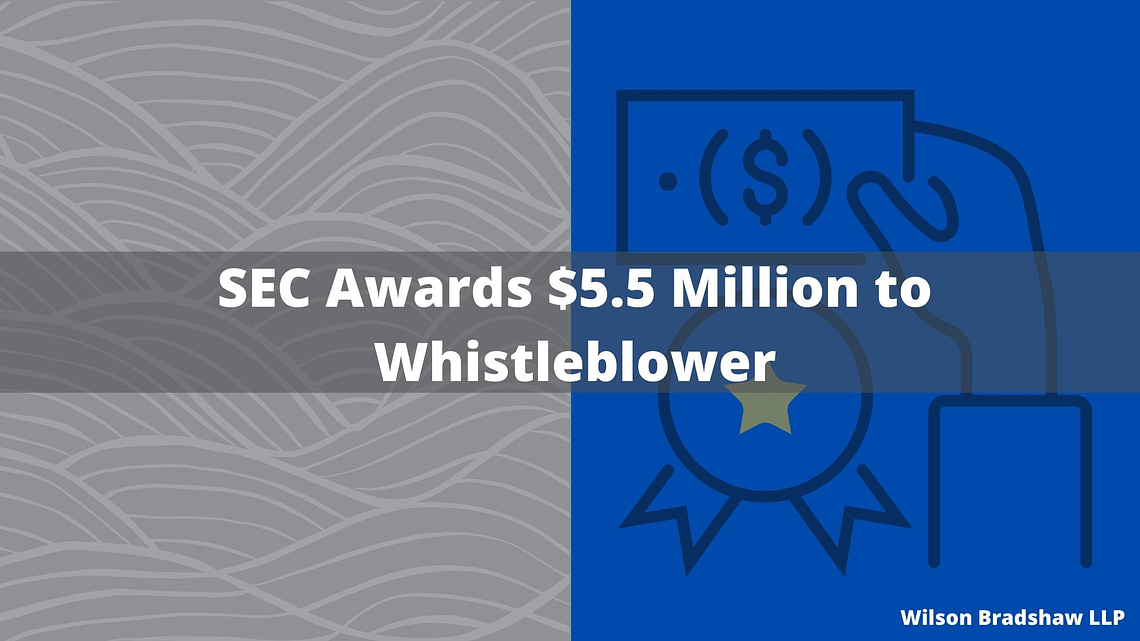 Washington D.C., Jan. 6, 2017 —The Securities and Exchange Commission today announced an award of more than $5.5 million to a whistleblower who provided critical information that helped the SEC uncover an ongoing scheme.

According to the SEC’s order, the whistleblower was employed at the company involved in the wrongdoing and reported the information directly to the SEC, which brought a successful enforcement action to end the scheme.

“Whistleblowers play a key role in bringing wrongdoing to the SEC’s attention, and this whistleblower helped prevent further harm to a vulnerable investor community by boldly stepping forward while still employed at the company,” said Jane Norberg, Chief of the SEC’s Office of the Whistleblower.

SEC enforcement actions from whistleblower tips have resulted in more than $904 million in financial remedies.

The SEC’s whistleblower program has now awarded approximately $142 million to 38 whistleblowers since issuing its first award in 2012.

Whistleblower awards can range from 10 percent to 30 percent of the money collected when the monetary sanctions exceed $1 million.  All payments are made out of an investor protection fund established by Congress that is financed entirely through monetary sanctions paid to the SEC by securities law violators.  No money has been taken or withheld from harmed investors to pay whistleblower awards.

For more information about the whistleblower program and how to report a tip, visit www.sec.gov/whistleblower.