This from The Official Delaware State Corporate Law Blog:

Historically, business planners structured corporate mergers using either a single step (i.e., a vote of the stockholders to approve the merger at a meeting called for that purpose) or two steps (i.e., a public tender by the buyer for the target’s shares, followed by a meeting of the stockholders to approve the merger).  While the single step approach afforded simplicity, it also required time—it is common for a selling company (sometimes called a “target”) to need three to six months (or more) to schedule a stockholders’ meeting, prepare and file a proxy statement, respond to any comments from the Securities and Exchange Commission, mail the proxy statement, solicit proxies and hold the stockholders’ meeting.  In contrast, the two-step approach provided buyers with a straightforward means to acquire majority control (by closing the tender offer in as little as 20 business days), followed later by a stockholders’ meeting at which the vote was a foregone conclusion (since the buyer now owned a majority position).  Moreover, if the buyer acquired enough shares in the tender offer (generally at least 90% of the target’s outstanding shares), Delaware law permitted the buyer to forgo the second step (the stockholder vote) and close the acquisition.

Unfortunately, the two-step approach also created additional complexities.  For example, a buyer who required financing to acquire the target’s shares in the tender offer would not be able to use the target’s assets as collateral until the buyer finished the second step (the stockholder vote) and closed the transaction.  In addition, since buyers could not be certain that they would acquire enough shares to avoid the second step, they could not predict how quickly they would be able to close the transaction.  (Since time is money, one might expect buyers to pay less if they are unable to close quickly.)  Finally, the two-step approach produced a merger consideration anomaly — since target stockholders are paid either when the tender closes (if they have tendered) or upon a closing after the stockholder vote (if they have not tendered), the former group is paid more than the latter group (due to the time value of money).  Because of these reasons (and others), the two-step merger approach remained a less-than-perfect approach for buyers and targets.

Creative business planners, however, sought to address the limitations of the two-step merger by utilizing various structuring devices.  For example, a target might agree to grant a buyer a “top-up” option that would permit a buyer who has acquired majority control in a tender offer to acquire enough additional shares to effect a short-form merger (thus eliminating the need for a “fait accompli” vote at a subsequent stockholders’ meeting).  Unfortunately, each of the structuring devices proved to be less than ideal (for example, the “top-up” option only works if the target has a capital structure that permits it to issue an option that is large enough to accomplish the goal).

In adopting Section 251(h), the Delaware General Assembly designed a legislative solution that addresses many of the structural limitations in the approaches devised by business planners.  For example, by shortening the window between the closing of the tender offer and the closing of the back-end merger, mergers effected under Section 251(h) will ensure that all stockholders receive the merger consideration at nearly the same time and may incent buyers to pay more (since they will be able to close more quickly).  Second, Section 251(h) ensures that all target corporations will have the structuring flexibility previously available only to targets with the right capital structure that could utilize the “top-up” option.  Finally, Section 251(h) levels the playing field between buyers, whether or not they require financing, and by doing so should lead to an even more competitive bidding dynamic.

If I were advising a company’s board to skip the second step of a two-step merger, then I would recommend that the Target Board of Directors be very well-informed.
CategoryCapital Markets, Corporate Governance, Corporate Law, Mergers & Acquisitions
Tagsbradshaw law group, corporate governance, LBO, LBO Transactions, Leveraged Buyout, M&A Deals, Mergers & Acquisitions, securities law 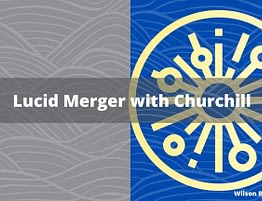