Judge Gerber released is opinion yesterday on the Lyondell Shareholder Clawback.  The full text of the opinion will be put in my blog as soon as I can get it formatted appropriately on this blog.

We represent shareholder defendants involved in this case for an annual flat fee of $2,000 (which only includes 2 full days of hearings).  If you need representation in this case email gil@bradshawlawgroup.com

Jan 14 (Reuters) – A U.S. bankruptcy judge on Tuesday partly upheld efforts by creditors of the former Lyondell Chemical Co to reclaim money from its shareholders, in a ruling that could help resolve the murky issue of how far shareholder protections extend when companies go bankrupt.

U.S. Bankruptcy Judge Robert Gerber in New York dismissed one fraud claim against shareholders in the $6.3 billion lawsuit, but allowed another one to proceed. He also said the creditors, who are represented by a trust, could replead the dismissed count, keeping the lawsuit alive.

More critically, Gerber’s decision denied a portion of the shareholders’ bid to dismiss the lawsuit in which they argued that so-called “safe harbor” protections afforded to shareholders under bankruptcy laws also apply under state laws.

Under federal bankruptcy laws, safe harbor provisions protect certain securities transactions, including payments to shareholders, from being unwound by representatives of a bankrupt company’s estate.

Gerber’s ruling fails to settle the question of far those protections extend. A federal judge in a case arising out of SemGroup’s bankruptcy said safe harbors preempt state law claims, while another found the opposite in the bankruptcy of Tribune Co. Those cases have been appealed to the 2nd U.S. Circuit Court of Appeals.

Tuesday’s ruling came in a lawsuit stemming from the 2009 bankruptcy of Lyondell, which was saddled with debt in a buyout. Lyondell had been bought by a group led by investor Len Blavatnik, and then merged with Blavatnik’s Basell AF SCA to form LyondellBasell. Lyondell shareholders were paid about $12.5 billion as part of the $21 billion all-debt buyout.

After Lyondell came out of bankruptcy in 2010, a trust representing Lyondell’s unsecured creditors sued shareholders who made at least $100,000 in the deal. The trust argued that the transactions contributed to Lyondell’s insolvency, with shareholders profiting while creditors lost money.

The trust argued that the safe harbor did not apply in this case because the claims were brought under state law clawback provisions rather than the federal bankruptcy code, and because the lawsuit was brought by a creditor trust, not by Lyondell’s estate.

The shareholders, for their part, said the claims nonetheless violated the spirit of the law, which they contend was designed to forbid exactly this sort of after-the-fact clawback.

In his ruling on Tuesday, Gerber sided with the trust, saying the claims were not preempted by federal safe harbors because it was not clear that Congress meant to preempt state laws when creating safe harbors.

Gerber wrote that “if Congress intended (safe harbor rules) to be more broadly applicable, ‘it could simply have said so,'” in an echo of the ruling in the Tribune case.

Ed Weisfelner, the lawyer heading the trust, declined to comment.

If the ruling is appealed, it could be expedited and heard along with the appeals of SemGroup and Tribune, which are expected to be heard by the appeals court in March.

If the Tribune and Lyondell decisions are upheld on appeal, it would appear to curtail the protections shareholders thought they had, putting them and others at risk if transactions are later found to have contributed to a company’s bankruptcy.

Philip Anker, an attorney for the shareholders, did not respond to a request for comment.

Safe harbor laws were borne out of the so-called “salad oil scandal” of the 1960s, which brought down the New York Produce Exchange. They are meant to prevent turmoil in financial markets by providing certainty that settled securities trades cannot be unwound, except in circumstances of intentional fraud.

The case is one of three related lawsuits brought by Weisfelner that have been pending for about three years. In one of the others, Weisfelner, representing Lyondell’s estate, is asserting federal intentional fraud claims against the shareholders, which are exempt from safe harbors.

In the third case, Weisfelner is suing Blavatnik, his Access Industries investment group and others who led the buyout, saying they overloaded Lyondell with debt and set it up to fail. In that case, too, Weisfelner represents the Lyondell estate. 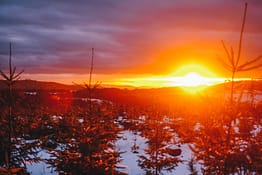