This post provides broad general advice on (i) the duties owed by a director of a corporation in the U.S., and (ii) the steps directors should take to minimize the risk of a claim for breach of these duties. Given that most of my clients are Delaware corporations, I have focused primarily on Delaware law and cases from the Third Circuit.[1]

A.  General Duties of Directors

Under Delaware law, directors owe fiduciary duties to a corporation’s shareholders.[2] A director’s fiduciary duties include both a duty of care and a duty of loyalty.[3] The duty of care requires, among other things, that directors keep themselves reasonably informed when making decisions on behalf of the corporation. The duty of loyalty requires a director to act in good faith and in a manner it reasonably believes to be in the best interests of the corporation and its stockholders, and to avoid engaging in acts of self-dealing.

The duty of care requires a fiduciary to be informed of all material information reasonably available before making a business decision.[4] The fiduciary must act with a level of care that ordinarily careful and prudent persons would use in similar circumstances. In reviewing whether a director has satisfied the duty of care, Delaware courts have looked at the information available to a director and the process followed by the board in reaching its decisions.

In evaluating a director’s actions under the duty of care standard, courts apply the “business judgment rule.”[5] The rule is a standard of review, not a separate standard of conduct. Under the business judgment rule, courts will presume that disinterested directors have made decisions on an informed basis with a good faith belief that the decisions are in the best interests of the corporation.[6] Parties challenging board decisions can rebut this presumption by demonstrating that the directors were grossly negligent in their decision­ making in violation of their duty of care. If this presumption is overcome, the directors will have the burden of proving the reasonableness of the challenged action.

Under the business judgment rule, courts focus on the board’s process in making a decision rather than the outcome of the decision. In determining whether the directors have satisfied their fiduciary duties, a court will generally give deference to the board and will not substitute its own judgment for the board’s judgment, even if a decision turned out to be unwise, so long as the directors acted on an informed basis, in good faith, and in the rational belief that the decision made was in the best interests of the company and its stockholders.

We have attached an addendum setting forth general steps that should be taken by a director to mitigate the risk that his actions will be challenged and found to be in breach of the duty of care.

A director’s duty of loyalty is often implicated in connection with (i) conflicts of interest and (ii) corporate opportunities.[9]

A conflict of interest may exist when a director has a direct or indirect personal or financial interest in a transaction or other matter involving the corporation. As a general matter, directors should promptly disclose potential conflicts of interest to the board and describe all material facts concerning the transaction or other matters that are known to the director. Following disclosure, an interested director should not vote on the matter that involves the conflict of interest. In some circumstances it may be appropriate for the director to refrain from participating in discussions of the matter, or to excuse himself from the board meeting during such discussions.

Transactions that present conflicts of interest should be approved by a majority of the disinterested directors after full disclosure of all material information regarding the transaction and the nature of the director’s interest in the transaction.  Directors have a duty to disclose to the board material information in their possession bearing upon a board decision, particularly where the directors have a personal interest in the outcome of the board decision.[10]  When such approval is obtained, if a shareholder sues the board of directors for a breach of the duty of loyalty, the burden of proving that the transaction is not fair to the corporation generally shifts to the person challenging the transaction. In the absence of such approval, if a particular transaction is challenged, the presence of a conflict will not automatically void a transaction, but the company and the interested director have the burden of establishing the fairness of the transaction to the corporation.

In reviewing the fairness of a transaction where a conflict of interest exists, courts will look at the terms of the transaction as well as the process used by the board in approving the transaction.[11] With regard to terms, courts will examine the economic considerations relied upon when valuing the proposed transaction and whether the transaction is on arms-length terms.[12] In order to mitigate risks, disclosure of conflicts of interest and the results of deliberations by disinterested directors concerning such matters should be reflected in board minutes.

B. Duties of Officers and Directors when Company is Insolvent

As described above, directors generally owe duties to the shareholders of a corporation, but not to its creditors. However, it was generally accepted in many jurisdictions that when a company became insolvent,[16]  the duties of directors shifted from the company’s shareholders to the company’s creditors.[17] Moreover, in certain jurisdictions, including New York[18] and until recently Delaware,[19] the duty of a director expanded to include a company’s creditors when a company operated in the so-called “zone of insolvency.”[20]

A seminal decision from the Delaware Supreme Court in 2007 changed the landscape regarding the fiduciary duties owed by directors when a company is insolvent or operating in the zone of insolvency.[21]

In Gheewalla, the court affirmed the dismissal of breach of fiduciary claims against the directors of a Delaware corporation asserted by a creditor of the company. In reaching its decision, the court first held that when a company is in the zone of insolvency, a creditor does not have standing to assert a direct fiduciary duty claim against a director. Although the court did not squarely address whether creditors can assert derivative fiduciary claims, the reasoning and language of the case strongly suggest that no fiduciary duties, whether direct or derivative, are owed to creditors in the zone of insolvency.[22] Indeed, the court rejected the holdings of several lower Delaware court decisions which stood for the proposition that directors of a Delaware corporation have direct duties to creditors when operating in the zone of insolvency, concluding that:

The court then went on to consider the duties of a director when a company is insolvent. Although the court did not go so far as to expand the fiduciary duties of a director to creditors, the court did hold for the first time that a creditor of an insolvent corporation has standing to sue a director for breach of duty in a derivative action on behalf of the corporation. In support of its holding, the court reasoned that when a company is insolvent, “its creditors take the place of the shareholders as the residual beneficiaries of an increase in value [of the corporation.]”[24] Accordingly, “[t]he corporation’s insolvency ‘makes the creditors the principal constituency injured by any fiduciary breaches that diminish the firm’s value.[25]

Based on the court’s ruling, commentators have suggested that when a company is insolvent the most advisable course of action is for a director to focus on preserving the value of the corporation.[26]

Steps to mitigate the risk of breaching a director’s fiduciary duty of care:

o          Directors should regularly attend and participate in board meetings.

o          Directors should ensure that management disseminates adequate information well in advance of board meetings so that they can act on an informed basis.

o          Directors should thoroughly and carefully review all materials received.

o          Directors should take sufficient time at board meetings to discuss matters. In certain cases, it may be appropriate to consider alternative courses of action in the course of deliberation.

o          Directors should consult with counsel and seek advice of experts when needed. This may include the General Counsel and other officers of the company, as well as the company’s independent accountants and other outside advisors.

o          Directors should not hesitate to be proactive and ask questions at meetings about important matters.

o          A director should inquire into “red flags” when notified that circumstances or events may require attention.

o          Even in the absence of “red flags,” a director should periodically inquire into the company’s management of business risks and compliance with corporate laws and policies.

o          Directors may reasonably rely on management and board committees to perform their duties.

o          Directors may rely on reports and information provided by the corporation’s officers, legal counsel, public accountants, investment bankers and other individuals on matters that the director reasonably believes to be within the person’s professional competence.

[7] Ivanhoe Partners v. Newmont Mining Corp., 535 A.2d 1334, 1345 (Del. 1987) (Directors have an “affirmative duty to protect the interests of the corporation, but also an obligation to refrain from conduct which would injure the corporation and its stockholders or deprive them of profit or advantage. In short, directors must eschew any conflict between duty and self-interest.”)

[8] See, e.g., Nagy v. Bistricer, 770 A.2d 43, 49 n.2 (Del. Ch. 2000) (“If it is useful at all as an independent concept, the good faith iteration’s utility may rest in its constant reminder (1) that a fiduciary may act disloyally for a variety of reasons other than personal pecuniary interest; and (2) that, regardless of his motive, a director who consciously disregards his duties to the corporation and its stockholders may suffer a personal judgment for monetary damages for any harm he causes”). 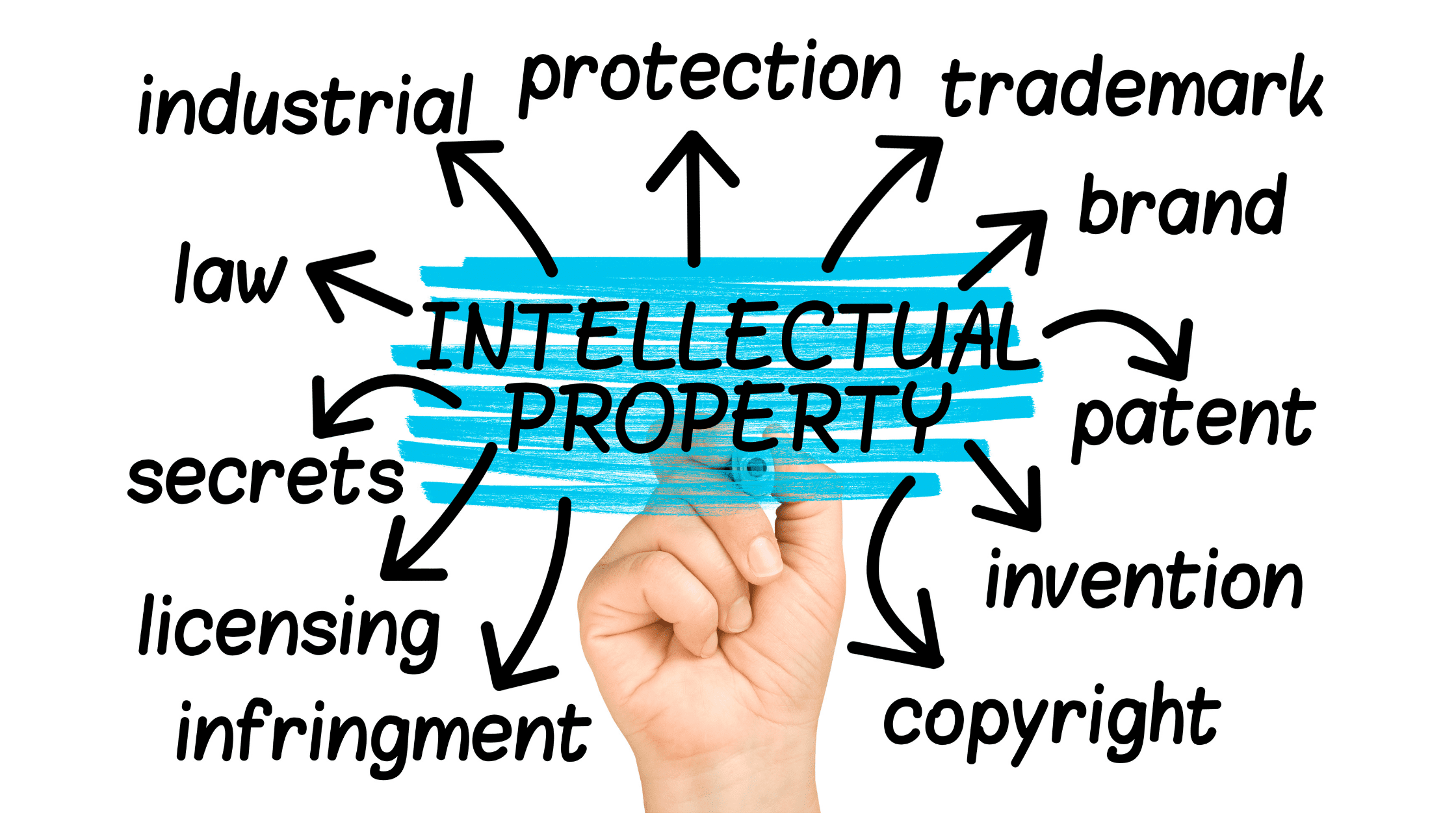 Are you an entrepreneur with intellectual property? If you are not sure if you have… 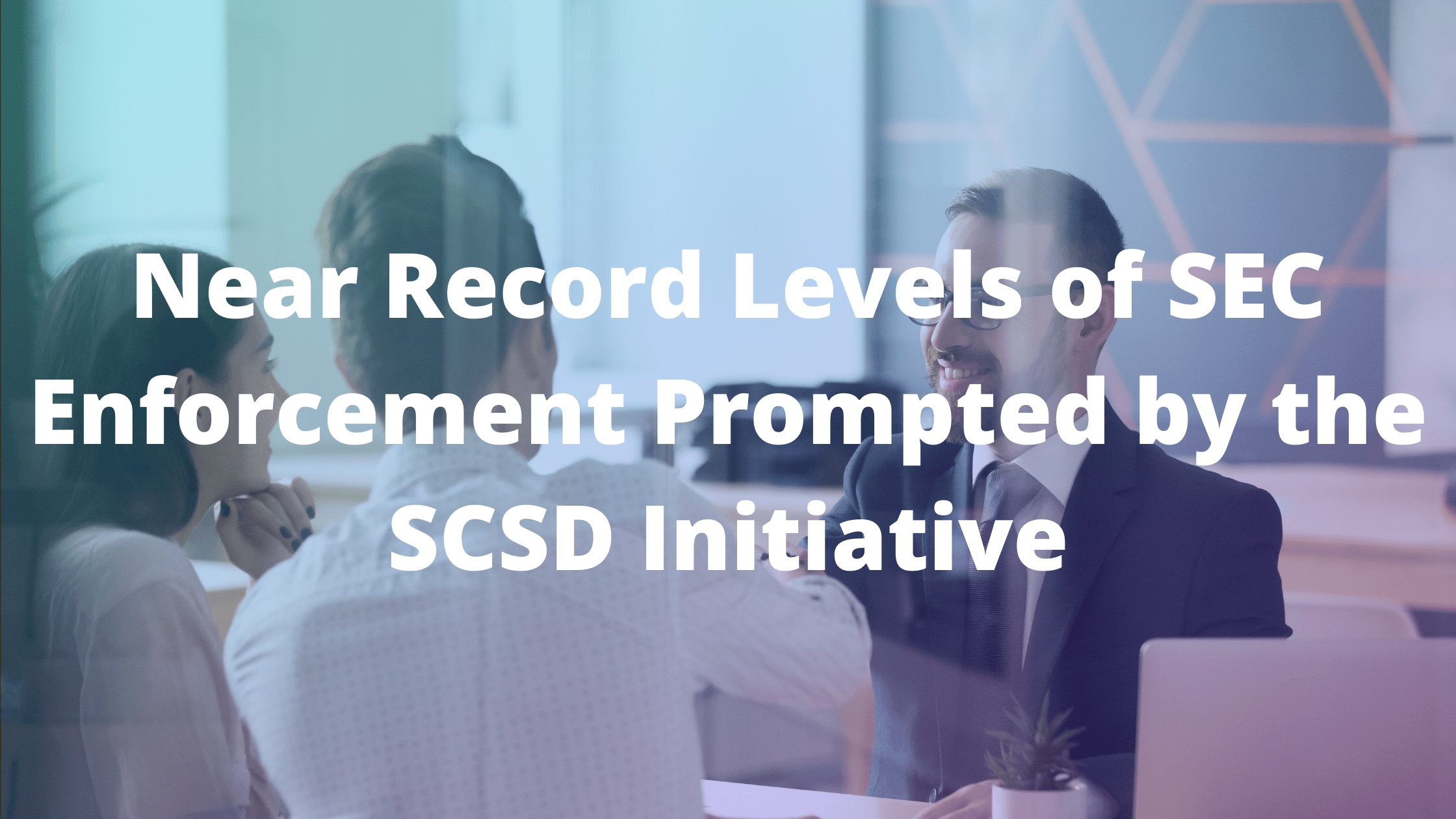 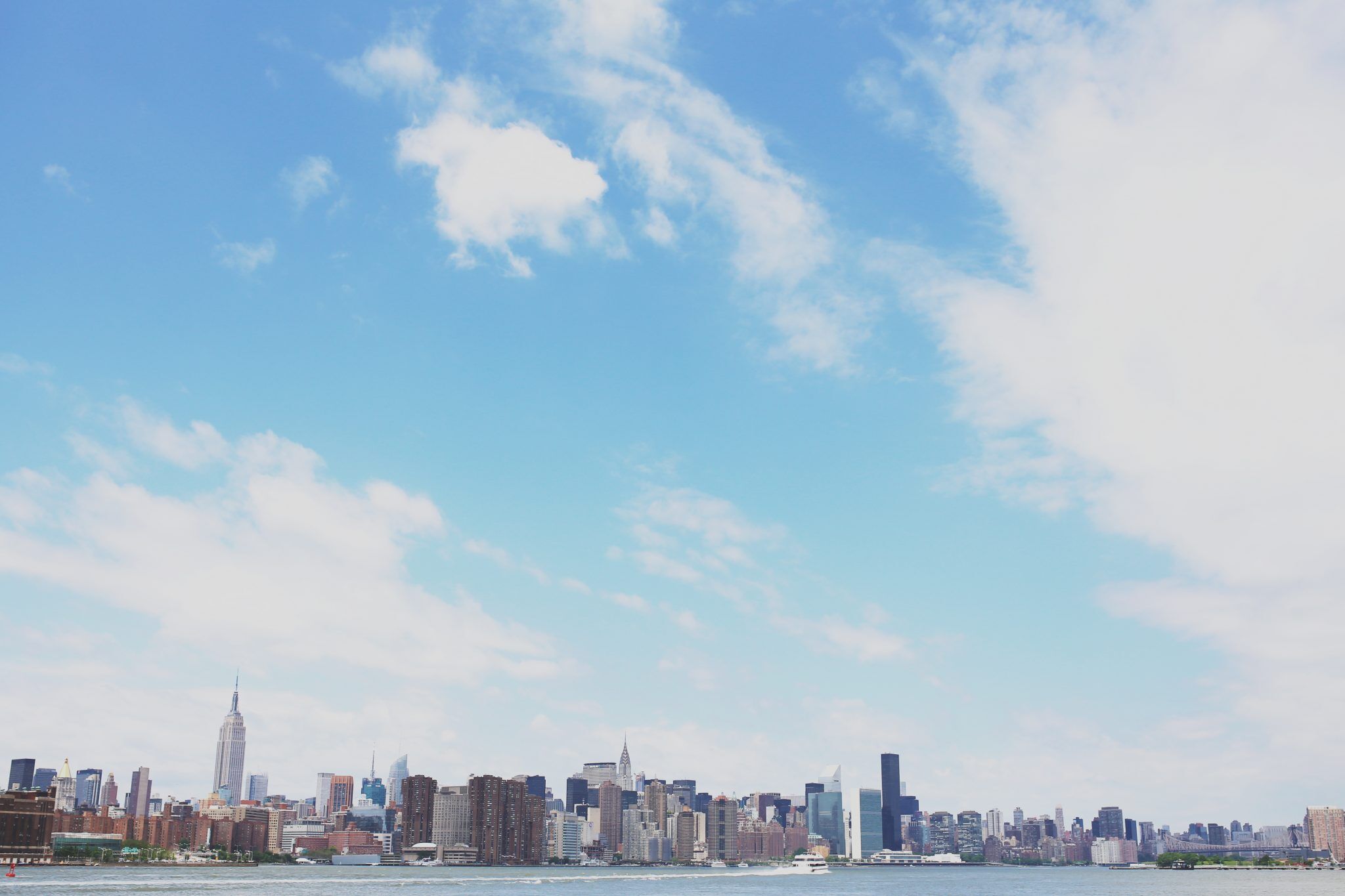 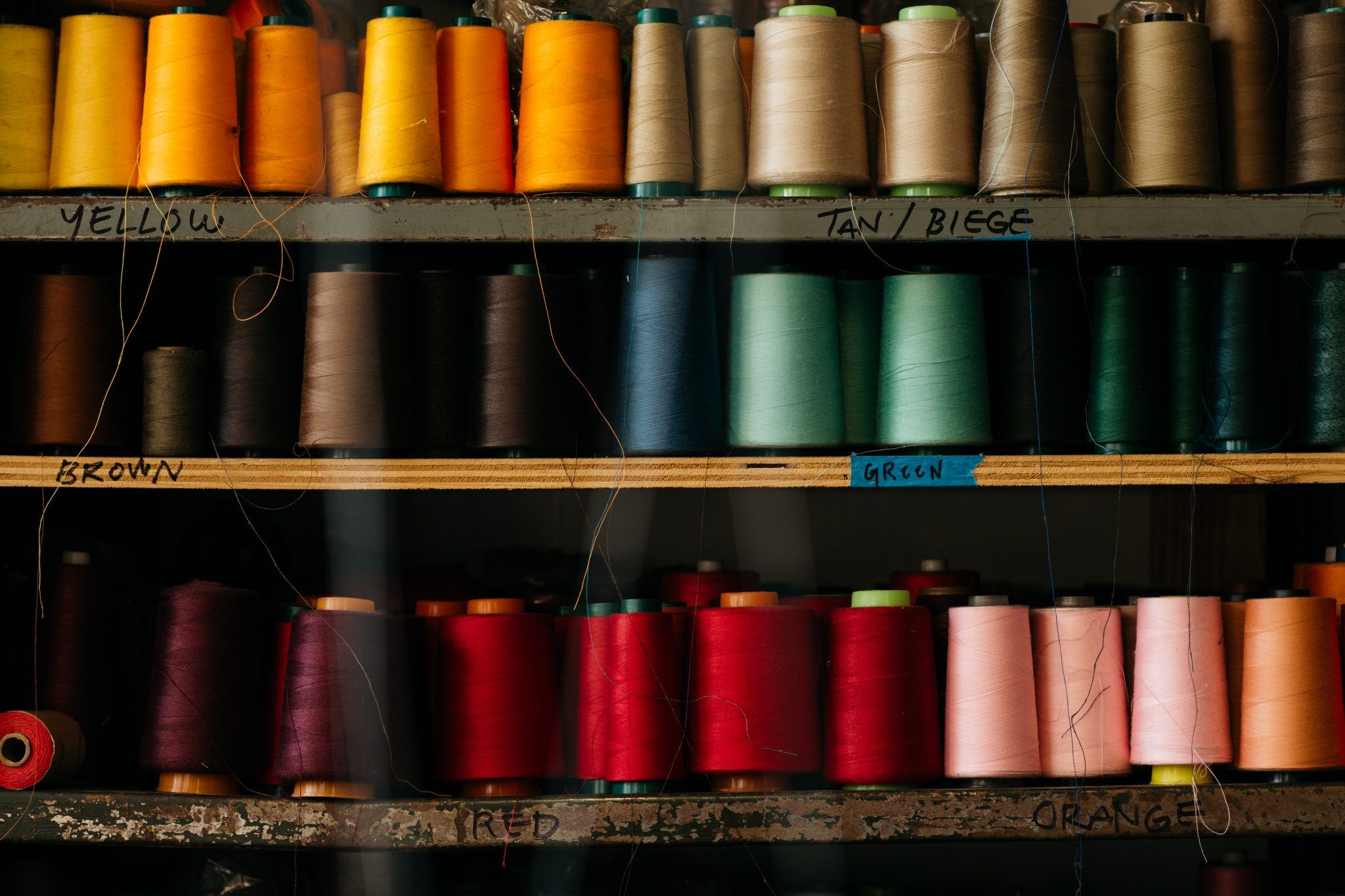 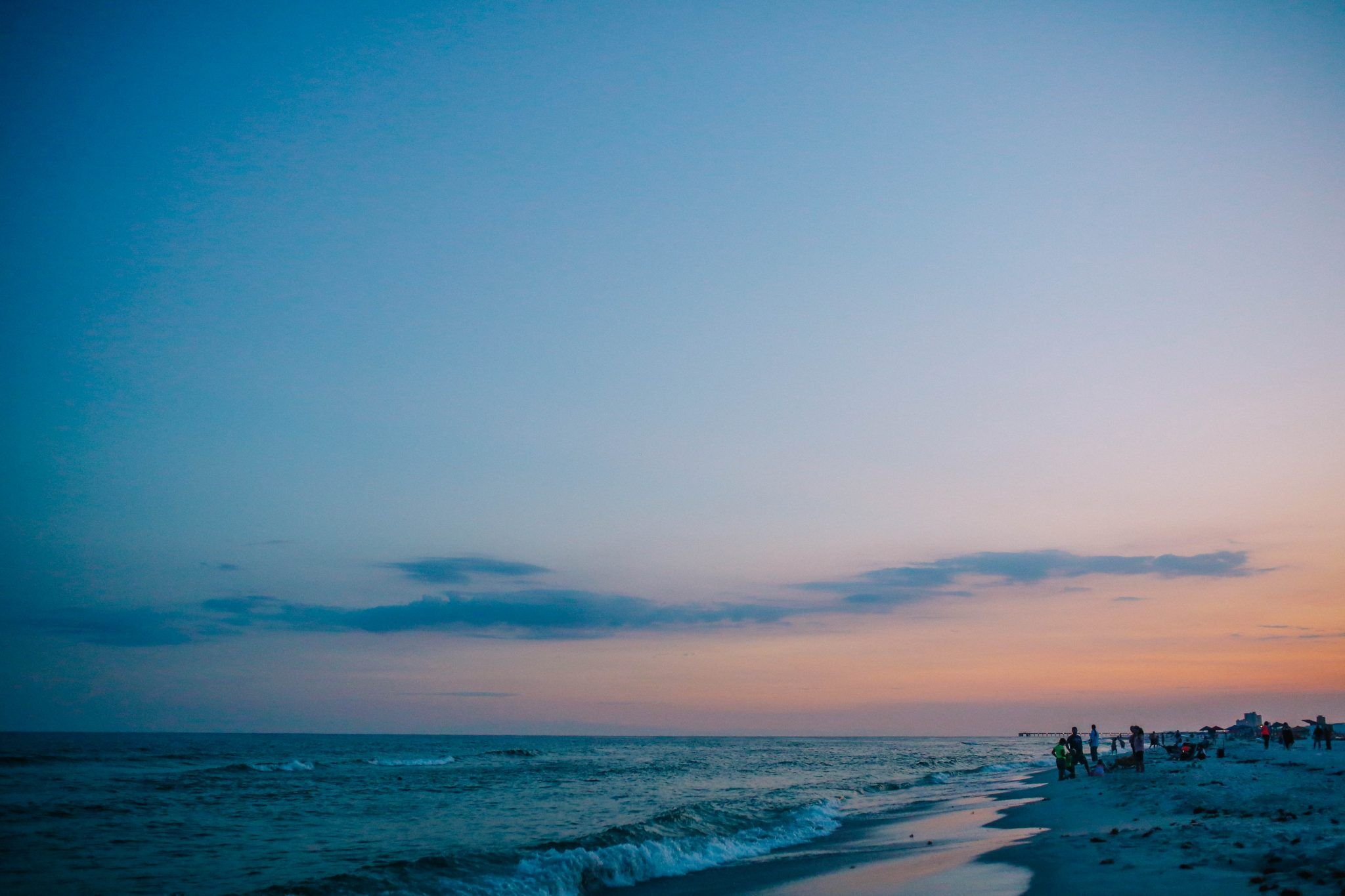 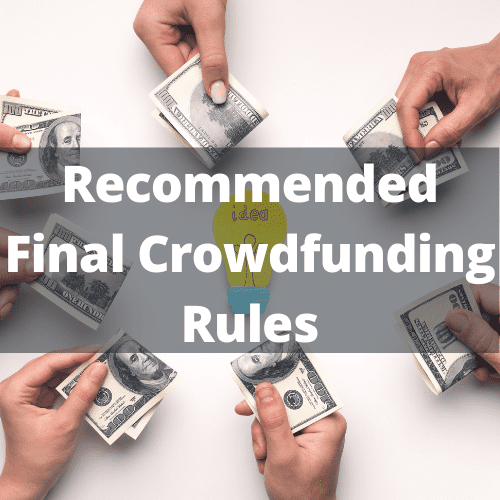 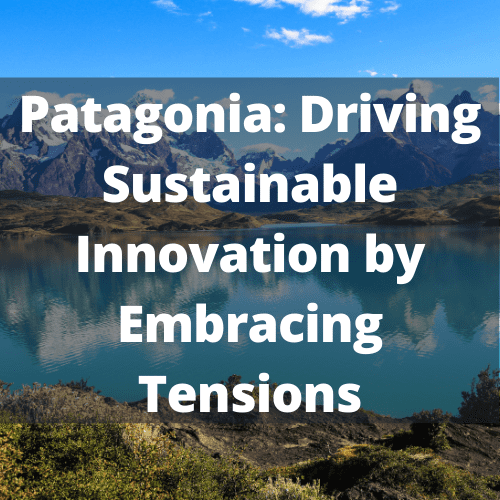