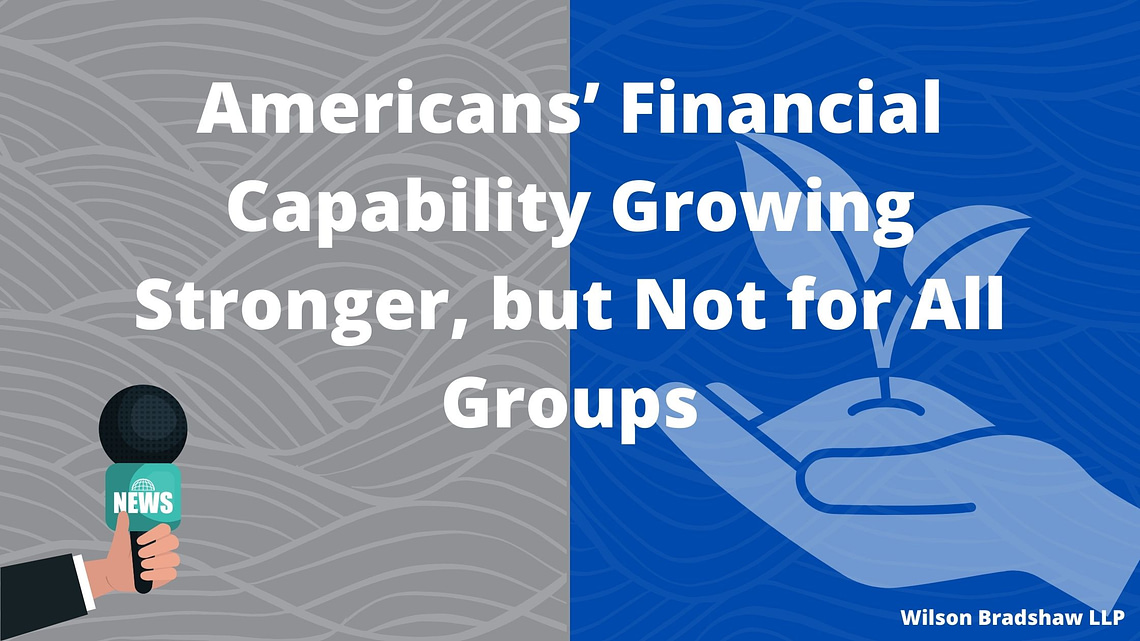 Americans’ Financial Capability Growing Stronger, but Not for All Groups: FINRA Foundation Study

The study measures four key components of financial capability: making ends meet, planning ahead, managing financial products, and financial knowledge and decision making. Drawing on a data set comprising responses from more than 27,000 U.S. adults, the NFCS is one of the largest and most comprehensive financial capability studies in the country.

Among the study’s most significant findings:

“This research underscores the critical need for innovative strategies to equip consumers with the tools and education required to effectively manage their financial lives,” said FINRA Foundation Chairman Richard Ketchum. “My hope is that policymakers, researchers, and advocates will use these findings to make more informed decisions about how to best reach underserved populations.”

“The National Financial Capability Study is one of the most important sources of data to understand Americans’ personal finances,” said GFLEC Academic Director Annamaria Lusardi. “It has advanced our knowledge of both financial literacy and financial capability and made it possible to study policy-relevant questions.”

The NCFS is part of a large-scale, multi-year project that provides an in-depth, comprehensive understanding of financial capability and behaviors in the United States. The first study was conducted in 2009, then in 2012, and in 2015, and boasts one of the nation’s most inclusive and in-depth representations of age, race, education, and gender on these topics. In addition, the data set allows for state-by-state comparisons of financial literacy, making it valuable to policymakers interested in better understanding the level of financial capability in their states.

The survey’s full data set, methodology and related questionnaire are available at USFinancialCapability.org.

The FINRA Foundation supports innovative research and educational projects that give underserved Americans the knowledge, skills, and tools necessary for financial success throughout life. For more information about grant programs and other FINRA Foundation initiatives, visitfinrafoundation.org.